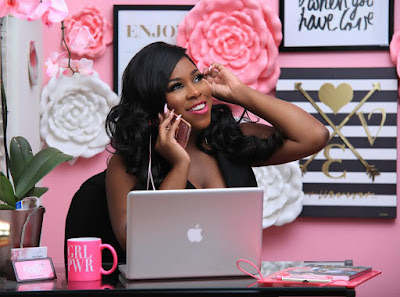 CEO of Cupcake Mafia, best selling author of "The Icing on Top Ain't Always Sweet", owner of The Icing Agency, AND Brand Strategist!

Mz. Skittlez, CEO of Cupcake Mafia, spent her youth dealing with the emotional struggles of homelessness. Using her resilient spirit and contagious energy to overcome the hurdles in her life, Mz. Skittlez started her career as a rapper and stylist. She then used those skills to build relationships with celebrity female artists such as Missy Elliot, Da Brat, and Lil Kim, it proved to be a huge asset to the girl power movement of Cupcake Mafia that reaches women in over 800 stores throughout 69 countries.

As the bestselling author of, "The Icing On Top Ain't Always Sweet," where Mz. Skittlez candidly shares her life story on how she dealt with the loss of her sister to suicide. The raw and authentic description of her life experience resonates with thousands of women around the world and contributes to the success of her company Cupcake Mafia. Testimonies by women affected by her story—she was once was embarrassed to tell—reinforces her drive to continue to be an inspiration to women. Mz. Skittlez vividly remembers a young girl at a homeless shelter who planned to commit suicide, but did not go through with it after her visit.

Mz. Skittlez and her dedicated team have grown Cupcake Mafia into one of the largest pop fashion brands around the world. Originating in Cleveland, Ohio and expanding in Atlanta, Georgia, Cupcake Mafia provides girls with a distinctive look that instantly connects and empowers them to join the movement. An advocate for breast cancer awareness, she started a foundation Save the Cupcakes and her brand Cupcake Mafia donates 20% of its proceeds to the Susan G. Koman Breast Cancer Foundation. With her story on the front page of Kontrol, Rolling out, and The Source magazines, Mz. Skittlez inspires girls to never give up on their dreams. The journey was far from easy, from starting a company with only $300 and in five years to growing it into a multi-million dollar business, Mz. Skittlez always comes out on top.

To learn more about Mary Seats and her empire visit http://www.mzskittlez.com